Red Lion Municipal Authority Announcement:
RLMA Office will be closed to Walk-In customers Monday, October 26 and Tuesday, October 27 in order to convert to our new Utility Billing program. Please be patient with our staff during the next month or so while we become familiar with the new program. The Red Lion Borough office will still be open regular hours. Thank you. 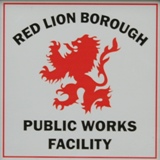 You are here: Home

Emergency Procedures:
In the event of a severe winter storm, the Mayor will declare a snow emergency. The Snow Emergency Declaration will be announced on local radio and television stations and on this website.  All snow emergency routes in Red Lion Borough have been identified with proper signage. After a snow emergency is declared, it shall be unlawful at any time during the continuance of the emergency for any person:

Please be aware that failure to abide by the above is a violation of the Red Lion Borough Ordinance and may result in fines and/or towing cost.
Parking Ticket fine during a Snow Emergency is $75.
The snow emergency routes are identified by signage.  For a complete listing of snow emergency routes, see the borough ordinance.
STREETS AFFECTED BY A SNOW EMERGENCY:
No parking on the following streets in Red Lion Borough during a snow emergency:
East Broadway
West Broadway
North Main Street
South Main Street
East High Street
West High Street
During a Snow Emergency, you will be permitted to park your vehicle in the Municipal Lot on West Broadway.